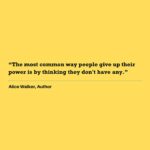 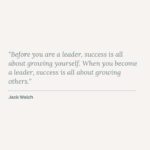 “The sea is dangerous and its storms terrible, but these obstacles have never been sufficient reason to remain ashore.” — Ferdinand Magellan

“The Explorer Mindset” is often brought to Leadership Principles, training, and classrooms to draw lessons from famous expeditions. One thing common to all expeditions is a crisis. And hence, the explorer mindset to a crisis is very relevant to us to draw inspiration.

When I think of the age of discovery and exploration, and how it changed the world irrevocably, it feels similar to how our world is changing now. We are on an expedition.

The purpose of exploration was to increase humankind’s understanding. Every young boy, it seemed, went to sleep dreaming of the high seas, undiscovered lands, untold wonders, and the prestige and financial gain of a successful expedition. Much like the startup world, it was your daring, courage, and personality, the merit of your endeavors, and not the inheritance of birth that was celebrated.

Much like the entrepreneurs of today had to follow the Leadership Principles of Explorers, these young men had to raise capital, assemble a team, and set out on an expedition. They required huge capital and often lacked the personal finances to undertake these risky expeditions. Much like the venture capitalists of today, then there were people drawn to these risky ventures for the lure of financial gains but equally for the opportunity to be part of discoveries. Most explorers could be charming and captivating. They had to raise capital.

Against this backdrop, then, one of my favorite explorers is Ernest Shackleton. In 1915, Shackleton set out on one such expedition in the heroic age of polar expeditions to become the first man to cross Antarctica. Joining him on the Endurance were 27 other young men. A few months into the journey, the Endurance was crippled and sunk by ice. Shackleton led his men to seek shelter on an island, surviving on penguin meat for an improbable 17 months. Eventually, Shackleton, who crossed more than 1,000 km of treacherous ocean water in search of help in a tiny boat, led their rescue. His story is etched in history for his fortitude and extraordinary survival.

Shackleton’s story captivated me and captured my imagination when I discovered him early on while studying the lives of famous explorers. His remarkable journey brought to the fore the true meaning of leadership and courage.

I have watched the movie “The Endurance,” a retelling of Shackleton’s Antarctic expedition, several times since its release almost 20 years ago. I have used excerpts from that movie over the years in talking about organizational development and leadership. Though Shackleton’s legendary journey took place in 1915, his example of leadership has endured. It proves that the true lessons of leadership are timeless.

Just because you fail, it doesn’t make you a failure. His leadership saved the lives of his crew, and his principles of leadership are oft-cited in awe.

Shackleton inspired respect from his men. They knew that in him, they had a leader who wouldn’t ask anything of them that he wouldn’t do himself. He was a man who wasn’t afraid to throw away the rule book. He based his Leadership Principles on always leading from the front. Shackleton inspired his men with optimism, commitment, and a sense of purpose.

Today’s situation, in many ways, mirrors Shackleton’s journey. He was able to manage unfamiliar terrain and challenges. Are there lessons we can take from Shackleton to guide us during this journey through a global pandemic? I feel we can draw inspiration from his response to crises, his resilience, and the leadership acumen he displayed.

Shackleton was known to be a superb communicator. According to his Leadership Principles, he believed that a leader should be ‘dispensing mental medicine.’ He kept his men informed at all times of the dangers around them without inciting fear. Shackleton invoked confidence instead.

At the best of times, I know that leaders are expected to communicate well. But particularly, during a crisis, they need to do this with more empathy, compassion, and confidence.

History has given us examples where organizations and leaders have failed to communicate and respond to their employees and customers in a manner that builds trust and confidence. In 2010, Tony Hayward, the then-CEO of BP was criticized for his “hurtful and thoughtless” comments on the worst oil spill in history. When 19,000 barrels of oil were pouring into the Gulf of Mexico, Hayward appeared to downplay the environmental damage when he called the spill “tiny.”

Here’s what I think leaders can do, especially following the Shackleton way:

Leaders can access and state the truth but not convey helplessness. They should articulate the options for better outcomes and the need for the collective strength of their team to get through even the most difficult situations.

The greatest leaders provide conviction when there is doubt and create a lifeline. They harness collective creativity to find solutions to what might seem like insurmountable problems.

2. Be flexible to embrace uncertainty

The unpredictable change was the routine for Shackleton, rather than the exception. The unforgiving vagaries of the Antarctic can so be a mirror for today’s volatile business world.

In a strange parallel to our lives now, Shackleton and his men were effectively locked down, trapped by ice for months in a hostile, unpredictable environment.

Rather than be idle, Shackleton constantly worked on ways to improve the morale of his team. He knew that despair was always at hand in that bleak winter landscape. So, Shackleton kept his men occupied with discipline and routine. He held card games and conducted dog sledge races and soccer matches on ice. For him, it was important to maintain routine and order even when trapped. That’s something we can well learn from.

Difficult environments demand from us a high degree of flexibility to ensure we adapt to changes beyond our control. Shackleton had to be flexible in his plan and approach – from crossing the Antarctic, he had to change his ‘business plan’ to wintering it out for survival. He had to do a hard pivot, abandoning the ship when it sank to reach an unknown land, and find a way to survive.

For business leaders anywhere in the world, it’s now apparent with Covid-19 that all previous plans are rendered almost irrelevant. Like Shackleton’s Leadership Principles, you have to do the hard pivot and transition to keeping the focus on the future. His goal of crossing the Antarctic was no longer viable, but his alternate goal of keeping his men safe and alive was what kept him focused. And made his journey a more enduring leadership lesson.

To apply that in today’s scenarios, effective leaders will need to have a business continuity plan that envisages how the business can survive or even thrive in different crises or scenarios. However, recently, I came across a Mercer survey that showed that 51% of companies worldwide had no business continuity plan to meet the threat of a global emergency such as a pandemic. That’s an astonishing number, and it would be tragic for society if many businesses failed with the resulting job loss and desperation.

Leaders must put in place the people, processes, and technologies that demonstrate the resiliency of business operations in the wake of serious interruptions, never mind if the plans have to change to adapt to constant uncertainty.

Best practice: A sample business continuity plan from some of the best thought leaders tailored for the current situation.

Nothing tests a leader like a crisis. It can show your deepest strengths, and paradoxically also reveal your most hidden weaknesses. The vicissitudes of work and life are many. But flexibility, emotional agility, and intuitive and empathetic communication can make these vicissitudes easier to bear.

Behind every great story is a leader’s commitment to their vision and more importantly, their people. That commitment can make possible what’s considered impossible. In Shackleton’s story, his commitment to his men created one of the world’s greatest survival stories. That type of conviction can move mountains and, in his case, glaciers to reach the goal.

Shackleton’s remarkable journey and his Leadership Principles has always inspired me. I hope that his story inspires you during these times when we can learn from his confidence and courage.

In his own words, Shackleton reminds us that:

“It is in our nature to explore, to reach out into the unknown. The only true failure would be not to explore at all.”

Power Dynamics – The Push and Play